Dreaming of a pink bike 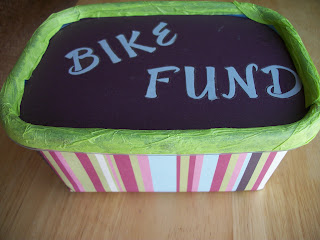 A year ago Troy and I did a little daydreaming about purchasing bikes.  We drooled over the bikes at Walmart and Target and imagined ourselves going for bike rides around town.  We never got any further than daydreaming and eventually even the dream was forgotten about.  This weekend we felt the bicycles pulling us back towards them as we were wandering around Target.

This time we are determined to actually purchase bikes and not just sit around on our butts thinking about them, so we are starting a Bike Fund.  Today I whipped up this fancy box you see in the above picture and put in the little bit of money we have set aside so far.  Our goal is to put extra cash in the box each pay period.

Last year we wanted to spend the week of our anniversary in St. Louis, but had no money to pay for it and so I came up with the following "savings plan".  I researched all of the activities we were interested in doing and found coupons for as many as I could.  An envelope was created for each activity and for every meal.  Some meals were specific (Pi Pizza) and some were generic (fast food).  An activity/meal was posted on the front of an envelope as well as the dollar amount needed.


After reviewing our budget we realized that the only place we could cut back on money was through food and essentials.  We set a bi-weekly Walmart budget and then worked to come in as far under budget as we could.  If our budget was $180 and we only spent $120 then we got to put $60 into the vacation envelopes.  This meant that we ate a lot of pancakes and ramen noodles.  We suffered through cheap toilet paper (and yes, that was suffering) so we could fill another envelope.  We took turns choosing which envelopes to stuff and alternating between nice meal envelopes (Spaghetti Factory) and not-so-nice meal envelopes (McDonalds) to donate our money to.  In the end we filled almost every envelope and got to do everything we wanted, plus we ate like royalty!

We would never have been successful at saving that much money without the visual reminder posted right in front of us, so we are taking a similar approach for our Bike Fund.  Our brightly colored box is sitting in the pass-through from our kitchen to our living room.  We can't watch tv, play Wii, or eat without seeing the box and being reminded that we want bicycles. 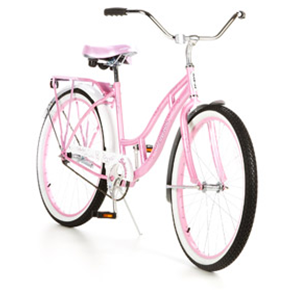 This is the bike I am currently fantasizing about.  ﻿I have just started researching bikes and am still not sure what I want.  I do know that I want a cruiser and I am drawn to the pink bikes everywhere we look.  I am not sure if I want a single speed or a multiple speed bike.  I never had a 10 speed bike with hand brakes when I was growing up because they scared me (fear of the unknown) and I still have no idea how they work.  Troy is convinced I need a fancy bike with multiple speeds so that I can make it up the hills.  I am not sold on the idea yet, but I am considering it.  No matter what kind of bike I end up getting I am sure I will need several re-learning sessions on flat ground to remind myself how to ride a bike.

Today's sweet moment: creating the Bike Fund box so that we can work towards making our day dreams come true.

Do you have a bike?  What kind?  Any suggestions for me about what kind of bike I should look for?  I need all the help I can get!
Email Post
Labels: bike exercise save 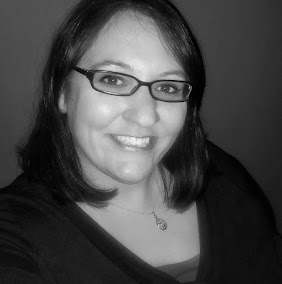